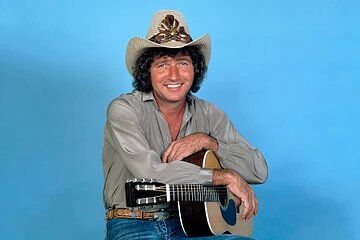 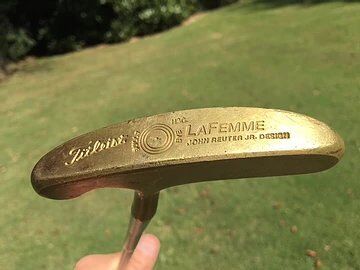 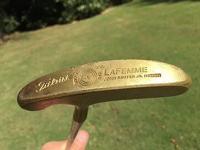 Golf Loses a Friend in Passing of Mac Davis

Sadly, another friend of golf is gone.

Mac Davis passed away recently and left a myriad of friends from all walks of life saddened by his departure, as well as his family that he loved so much.

We will miss his wit, especially his self-deprecating humor, among many of his talents, but his love of golf might be at the top of his passion list.

Most would say music would be No. 1, and they might be correct, but if that is true golf would be a really close second.

Writing such songs as ‘In the Ghetto’, ‘A Little Less Conversation’, and ‘Memories’ for Elvis Presley would be hard to top, but spend an afternoon with Mac on the golf course and you might think that golf might at least have a fighting chance. His accomplishments were staggering, but he always seemed to be a good fellow from Lubbock that got lucky and made friends everywhere he went.

I first got to play with Mac in the early 1970s just as he was about to become really famous and played with him a few months ago for the last time—same guy, didn’t change a bit. He still whined about his putting.

Mac was a good player for a long time and carried a low single-digit handicap for quite a while at Bel-Air CC in Los Angeles, along with being a resident member of the everyday lunch crowd where numerous celebrity members congregated for wit and wisdom.

I, for one, was really happy he decided to spend more time here in Middle Tennessee the last few years.

Sometime last year, Mac and I were playing an afternoon nine holes and he putted worse than I did, which is hard, and started talking about an old putter he loved back in the day, a Bulls Eye LaFemme.

“Man, I wish I still had that little darling” he said.

I replied, “It’s your lucky day friend, I have one.”

I never saw him smile so big—he lit up like a Christmas tree. Anyway, I told him I would loan it to him for as long as he wished but he couldn’t keep it unless I croaked before he did.

I was hoping he would putt great with that putter but as we all know, sometimes history doesn’t repeat itself and let you go back to better times. A couple of months later I found it in my locker. He called and told me it just wasn’t working out and he was going back to his Scotty Cameron or one of the other putters that he had leaning against a wall at his house.

Along with thousands of others, I am going to miss Mac. He was one of a kind, and I truly wish he still had my putter.

On a happier note, Montgomery Bell Lodge has been fully renovated and is ready for business. By the time you see this, Pickwick Landing Lodge will have had its grand opening as well. These are two terrific properties that support our Tennessee Golf Trail courses at these wonderful parks in Dickson and Hardin counties.

There are numerous people to thank for the wonderful outcome of these two renovations, but I would like to give a shout-out to Shannon Bowles, our new Director of Hospitality for Tennessee State Parks for her tireless efforts in getting these two projects completed.

Shannon came to us after a distinguished career at Marriott Hotels and has 20 years of experience in how a hospitality entity should be run, and we want her to know that she is appreciated.

Be sure to look for exciting new golf packages at these two lodges along with our other properties in Tennessee State Parks. As you may know from reading TeeTimes, we also have two new Lodges opening next year, one at Fall Creek Falls and another at Paris Landing State Park, to give you even more options and opportunities to visit us on the Tennessee Golf Trail.

We look forward to seeing you at one of our properties very soon.