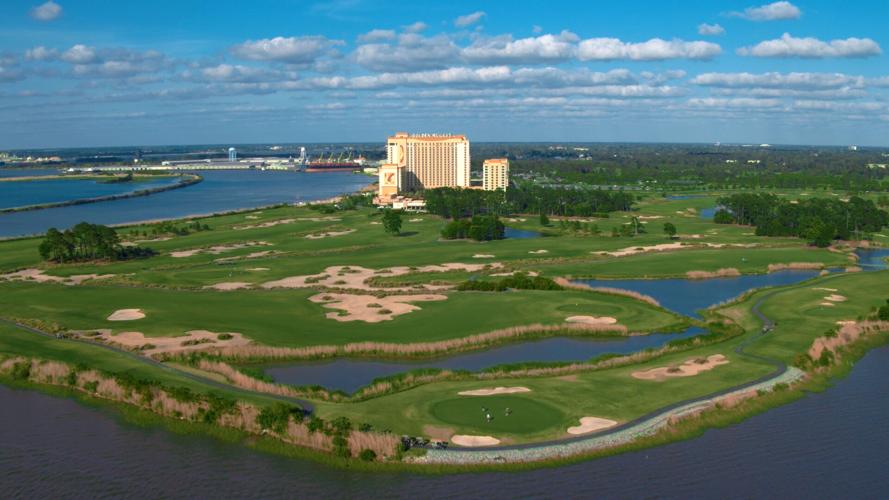 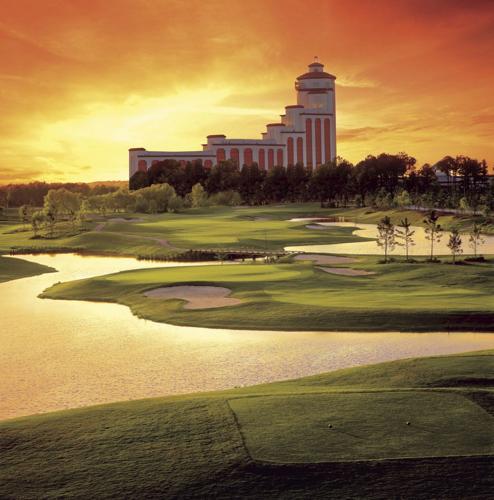 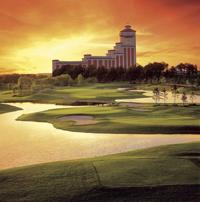 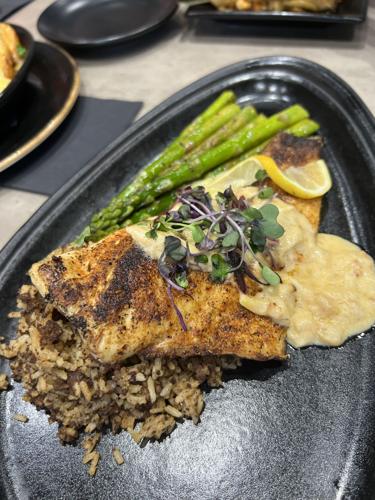 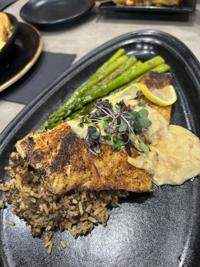 That first tee shot was a clear signal that normalcy and – hopefully – prosperity had returned to a region that had undergone more recent heartbreak and upheaval in the way of natural disasters than most areas endure in a lifetime.

Not only had Lake Charles been hit hard by Covid-19 in 2020 and 2021, but Hurricanes Laura and Delta cut a wide swath through the region.

Those were followed by an historic flood.

By the time Luck stepped to the first tee on the Country Club at Golden Nugget course, the inaugural Lake Charles Championship had been postponed twice.

“After postponing in 2020 due to Covid and then again in 2021 due to Hurricanes Laura and Delta, the relief when Mr. Luck hit the first tee shot was lifting a huge weight off of our shoulders and the entire community breathing a sigh of relief,” said Kyle Edmiston, President/CEO of Visit Lake Charles.

Edmiston pointed out that maybe it was some kind of positive sign that Luck hit the first shot.

“How appropriate that in this market on this date, the first tee shot in tournament history was hit by a player with the last name, ‘Luck’?” Edmiston said. “We know there is still much work to be done to rebuild, but the beginning of this tournament was a definite turning point in the positive direction.”

It doesn’t take long for Edmiston to detail what the region has gone through since 2020.

Like everywhere else, Southwest Louisiana shut down when Covid hit. The tourism industry took a big hit early on, but by the summer the casinos began to reopen and a few outdoor youth sporting events were held. Even though revenue was lagging behind the 2019 numbers, there was hope that the fall and winter would yield better results.

“In late August, our area was wiped out by a category five hurricane that is the second most powerful storm to hit the United States,” Edmiston said. “The electricity was out for over five weeks for the entire community and some areas took over seven weeks to resume service. Then in mid-October of 2020, Hurricane Delta took the exact same path and hit our area as a category 3 hurricane.  And then as we entered 2021, we endured ice storm Uri during mid-February and had a 100-year historic flood in May.”

The region has slowly returned to normal, although a close look shows that there still are scars from the natural disasters. That’s why Edmiston said that having the Korn Ferry Tour event finally become a reality was so important. It was a sign that everything eventually will be alright.

“Those are the reasons that the PGA Korn Ferry Lake Charles Championship meant more to our community than just a fantastic golf tournament,” he said.

There are other signs that the region is on the cusp of prosperity. Johnathan Jester, the first head pro at the newly-opened Mallard Golf Club, said his course is a product of the area’s resiliency.

“This project made it through two hurricanes, the freeze of the decade and the flood of the century. Building this was quite a project,” Jester said. “It kind of goes to the will and tenacity of the people of southwestern Louisiana and Lake Charles were able to get this.

With so many of the mainstream destinations filled to capacity, many golfers are seeking out places to fulfill their desire for a golf trip. Lake Charles crosses off the boxes most players want.

“You get two hurricanes and most people would be like, that’s it, we’re leaving,” Jester said. “But the people around here have had so many anomalies, they just kind of look down, keep moving forward.”

Featuring five sets of tees, Mallard Golf Club stretches from 5,385 yards from the forward tees to 7,181 yards from the tips. While those yardages aren’t intimidating, factor in the prevailing winds and the course can play long.

It's also designed to play with firm fairways and greens to give it even more of a Scottish feel.

One of the best holes is the 16th, a 159-yard par 3 (white) with an elevated green. When the wind is out of the south, it can play as much as two clubs longer than normal.

It has MiniVerde greens and TifSport fairways and rough, and has been named one of the top five public courses in Louisiana by Golfweek.

One of the best holes on the course is No. 5, a 192-yard par 3 that features water and three church pew bunkers guarding the left front of the green. There also is a hidden bunker behind the green.

Contraband Bayou is a resort-style course with ample fairways but plenty of water (14 lakes) and bunkers (84). Fazio moved a lot of dirt to create a layout that plays anywhere from 5,100 yards to just under 7,100 yards.

The greens run the gamut from big to small depending on the hole and feature Champion Ultradwarf Bermuda grass. Although the fairways are generous, Fazio toughened the approaches by using slightly elevated greens guarded by deep bunkers.

The Country Club at Golden Nugget: It’s easy to see why Todd Eckenrode’s design was named the No. 2 course in Louisiana by Golfweek in 2018. The course flows around Contraband Bayou and the designer did an excellent job incorporating native areas and regular bunkers. The fairways are wide and the greens feature MiniVerde Bermuda grass.

From the tips, the course plays just over 6,900 yards, but that length can be deceptive. Catch it on a wet, windy day and it can play much longer than the scorecard yardage.

The 10th hole is one of its best. A scant 300 yards from the tips, long hitters can have a go at driving the green. It’s a nice way to get started on the back nine. The finishing hole is a 581-yard gem with the Golden Nugget Hotel and Casino providing a picturesque backdrop.

The fun doesn’t stop in the casino, though. There’s a lazy river and pool with a pool-side cabana area. There’s also an adults-only pool area and swim-up pool and grill.

Dining options are plentiful, from the newly-opened Barstool Sportsbook where you can eat American cuisine, wager and watch the all the games live on a plethora of TVs. Upscale dining options include Ember Grille and Wine Bar, Drago’s Seafood Restaurant, Asia, Modern Pantry and Daiquiris & Dogs.

Want to get away from the resort for a bit? Check out The James 710 or the Crying Eagle Brewing Company.

At The James 710, chef Michael Breese has created a modern menu with a southern/bayou flavor. The menu features everything from wild Idaho trout and Cuban hanger steak to a classic burger and Yellowfin Tuna tacos.

The Crying Eagle Brewing Company is known for its four brews: Pistol Bridge, Louisiana Lager, Ready to Mingle and Hop Blooded IPA. Its bistro features bar food, including hand-rolled pizza, wings, burgers and a variety of other dishes.